"Our Rigged Elections: The Elephant is in the Polling Booth" by Mark Crispin Miller, published in Washington Spectator

OUR RIGGED ELECTIONS
The Elephant in the Polling Booth
By Mark Crispin Miller | October 1, 2006

To say that this election could go either way is not 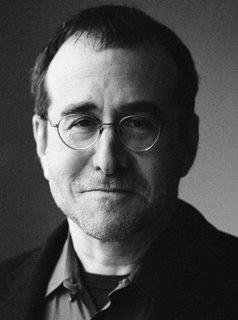 to say that the Republicans have any chance of winning it. As a civic entity responsive to the voters' will, the party's over, there being no American majority that backs it, or that ever would. Bush has left the GOP in much the same condition as Iraq, Afghanistan, the global climate, New Orleans, the Bill of Rights, our military, our economy and our national reputation. Thus the regime is reviled as hotly by conservatives as by liberals, nor do any moderates support it.

So slight is Bush's popularity that his own party's candidates for Congress are afraid to speak his name or to be seen with him (although their numbers, in the aggregate, are even lower than his). It seems the only citizens who still have any faith in him are those who think God wants us to burn witches and drive SUVs. For all their zeal, such theocratic types are not in the majority, not even close, and thus there's no chance that the GOP can get the necessary votes.

And so the Democrats are feeling good, and calling for a giant drive to get the vote out on Election Day. Such an effort is essential—and not just to the Democrats but to the very survival of this foundering Republic. However, such a drive will do the Democrats, and all the rest of us, more harm than good if it fails to note a certain fact about our current situation: i.e., that the Democrats are going to lose the contest in November, even though the people will (again) be voting for them. The Bush Republicans are likely to remain in power despite the fact that only a minority will vote to have them there. That, at any rate, is what will happen if we don't start working to pre-empt it now.

Even though this election could go either way, neither way will benefit the Democrats. Either the Republicans will steal their "re-election" on Election Day, just as they did two years ago, or they will slime their way to "victory" through force and fraud and strident propaganda, as they did after Election Day 2000. Whichever strategy they use, the only way to stop it is to face it, and then shout so long and loud about it that the people finally perceive, at last, that their suspicions are entirely just—and, this time, just say no.

AN INCONVENIENT TRUTH—That Bush/Cheney stole their "re-election" is not a "theory" but a fact that has by now been proved beyond the shadow of a doubt. The case was made, first, by the House Judiciary Committee—or rather by its Democratic members, who conducted a meticulous inquiry into the debacle in Ohio. (The Republicans boycotted the investigation, and obstructed it.) Its findings were released on January 5, 2005, in the so-called Conyers Report, after Rep. John Conyers (D-MI), the committee's ranking Democrat. The Republicans attacked it, and the press and leading Democrats ignored it; yet that report was sound, its major findings wholly accurate.

In July of that year the Democratic National Committee came out with its own study of Ohio, which offers still more evidence of fraud—before concluding, weirdly, that there was no fraud but rather much "incompetence" (all of which somehow helped only the GOP). Despite its stated contradiction of the House report, the DNC analysts disprove not one of Conyers's findings.